For the last year or so I’ve been cranking out tunes on the (limiting but fun) Super Nintendo.

My demoscene buddy Ferris  (coder / lead-dev) and myself (tester / breaker / pleb-dev) are working on a SNES music tool that outputs cartridge ready binary ROM images.  The end game (ideally) is that it runs a live mode for you to perform pre-written tracks with.  But y’ know… these things are easy to announce – making stable and working tools takes time.  We’ve been plucking away at  it for a year, and it’ll probably take another  to get it super stable.

The music tool runs on a PC.  (and mac / linux eventually)   –  The ROM this tool generates plays on a real SNES.

So far it’s working, but there are still milestones to reach before we can release a public beta.  The project should  get finished one of these days… start of 2016 maybe?  So hang in there and start collecting short samples

You can show Ferris some love by supporting his music

Here are some tests / SNES demos! 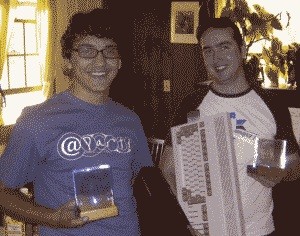