cTrix is a musician, developer and promoter of music created with the home computers of the 80’s and 90’s.  He is best known for his live energetic performances at chip shows and indie festivals world-wide.

From the age of three he became obsessed with computer based music using the family Commodore 64 and “Music Composer” to create primitive works of noise.  While at school he came across the Amiga 500 with a mind-boggling 4 channels of digital 8-bit sound and half-a-meg ram.  Armed with 12 odd seconds of audio memory he explored a world of house music, power funk and ’90s rave collecting disks of samples from computer swap meets and bulletin boards.

After a 10 year break (and some nuskool equipment failure!) cTrix revisited the Amiga and C64 to see what he could produce in his “older age” and after a particularly fun show in the mid 2000’s, he hasn’t looked back.  He now also composes for Gameboy, Lynx, SNES, GP2x, Vectrex and Sega Megadrive.

In 2011 he created a series of tracks for the Atari 2600 and for a joke made the “gAtari” in order to strap the console to himself.  Videos of these performances went semi-viral and have now seen over 500k views on ‘tube.  His music has seen him tour Mexico, New Zealand, Germany, Japan, The Netherlands, Australia, USA and the UK. 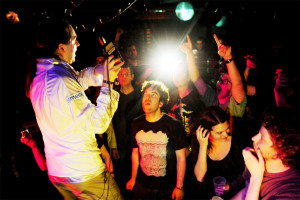 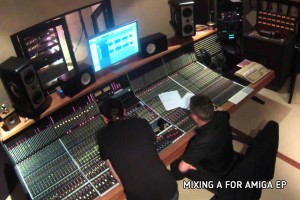